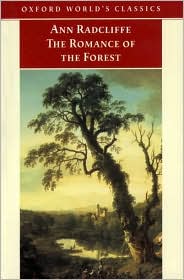 Today is the birthday of Ann (Ward) Radcliffe, author of various Gothic romances, one of the authors cited and parodied in Austen’s Northanger Abbey –  most known for The Mysteries of Udolpho [1794] and The Romance of the Forest [1791], where “terrified heroines hold on to their religion and reason; natural laws are never infringed; human imagination creates the apparent supernatural, and audio-visual effects are important…” [1]

Ann Radcliffe was born in London on July 9, 1764, the only child of a tradesman, and a well-connected mother.  She married William Radcliffe in 1787 – he was a journalist who later edited and owned The English Chronicle.  Radcliffe began to write to pass the time, and her first novel, The Castles of Athlin and Dunbayne, A Highland Story, was published anonymously in 1789.  This was followed by A Sicilian Romance in 1790.  But is was The Romance of the Forest, published in 1791 that generated a public following – it was “one of the earlier novels to construct a narrative of mystery, suspense, and ever-impending horror and terror.” [2]  Romance is today less well known that her two subsequent novels, The Mysteries of Udolpho in 1794 [which earned the author £500] and The Italian in 1797 [earning an unprecedented £800] – made famous of course as two of the “horrid” novels noted by Isabella Thorpe in Jane Austen’s Northanger Abbey [see my post on these novels here]. 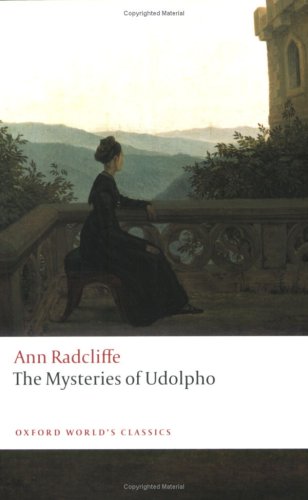 Not much is known of Radcliffe’s life – she was very private and shunned the spotlight  – indeed there is no extant portrait or likeness of her.  She did travel with her husband, writing A Journey made in the Summer of 1794 through Holland and the Western Frontiers of Germany [published in 1795].  The Italian was her last published work in her lifetime; she wrote her last novel in 1802, Gaston de Blondeville, which was published posthumously in 1826.  Her later years were as mysterious as the tales in her novels – there were many rumors of her death, her mental illness, but it is likely she suffered a fatal asthma attack in 1823 – she is buried in a vault in the Chapel of Ease belonging to St. George’s, Hanover Square in London.

Radcliffe “created the novel of suspense by combining the Gothic romance of Horace Walpole [The Castle of Otranto, 1765] with the novel of sensibility, which focused on the proper, tender heroine and emphasized the love interest.” [3]  She was an innovator in her use of the supernatural and landscape [4] [see Radcliffe’s work  “On the Supernatural in Poetry”], while making “strong political statements on the oppression of women in patriarchal society,” [5] but in her particular form of the Gothic, mysteries may confound for pages, spectral figures, distant groans and ghostly music may haunt the heroine, but eventually all is explained and reason prevails.” [6]  Today, Radcliffe is not widely read – but in her day, she was one of the most popular of novelists, and her work lies at the forefront of the Gothic tradition.  Time for a re-read I think!